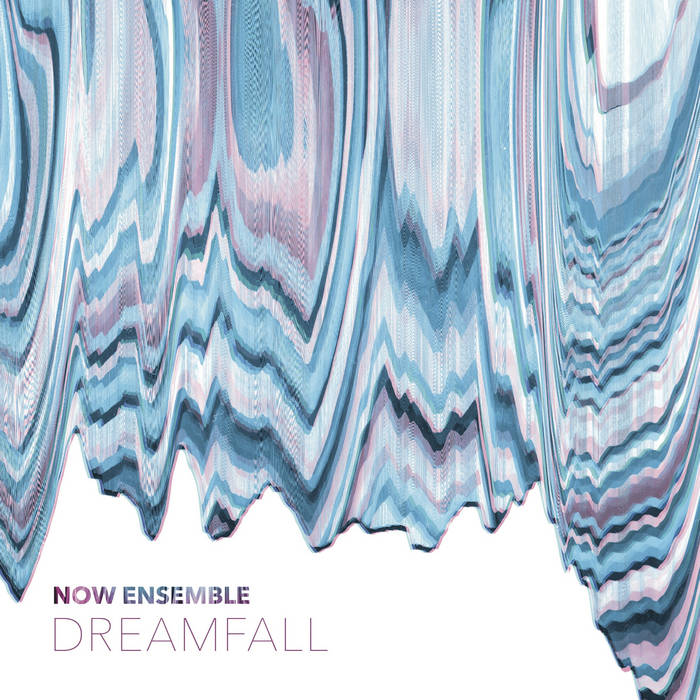 Deidre House NOW Ensemble get a bit adventurous on their latest release. A few of the tracks (such as the first) sound like ambient film score music or something (this is not necessarily a bad thing- I for one enjoy the more avant-garde aspects). Otherwise it's just quality modern chamber music that integrates electric guitar with traditional acoustic instruments. Favorite track: Trans-Atlantic Flight of Fancy (Nathan Williamson).

The ensemble -- comprised of Mark Dancigers (guitar), Michael Mizrahi (piano), Alexandra Sopp (flute) and Logan Coale (double bass) -- is currently in their 10th year as a group, but although it's cause for celebration, it's hardly cause to slow down. To ring in Dreamfall's release, the group will take to the Greene Space at WQXR on June 15, 2015 for an event hosted by Q2's Helga Davis. In addition to a performance by the ensemble, the event will feature interviews with many of the Dreamfall's composers.

The group has many more projects scheduled down the line, including a collaboration on an opera with composer Judd Greenstein, a collaboration with GRAMMY-winning vocal ensemble Roomful of Teeth at the Skaneateles Festival in Skaneateles, NY on August 22, a collaboration with the Los Angeles Opera on Missy Mazzoli and Royce Vavrek's Song From the Uproar, and more. The full list of their performances can be found below, with more to be announced soon.

Following the release of composer Missy Mazzoli's opera Song from the Uproar in 2012 and the critically-acclaimed collection Awake in 2011, Dreamfall stakes out a striking new landscape for the group. Ranging from ferocious to meditative to grooving and beautiful, the album is similar to the life of the ensemble itself over the past few years: pulsing with an urgent message, a desire to open up, be heard, and to share the sounds of unmediated musical worlds.

In the liner notes for the album, NOW Ensemble composer and guitarist Mark Dancigers explains that "dreamfall" is an outlook on the world. He writes: "It is a state of immense freedom... The sounds on this record reflect this freedom, this sense of something a little out of our hands, and, beyond all else, the practice of making music that is NOW Ensemble."

For the past 10 years, NOW Ensemble has worked tirelessly to craft a tightly-honed aesthetic. Dreamfall is the sound of the group letting go of the reins just a little and allowing a more free exchange between the conscious and subconscious.