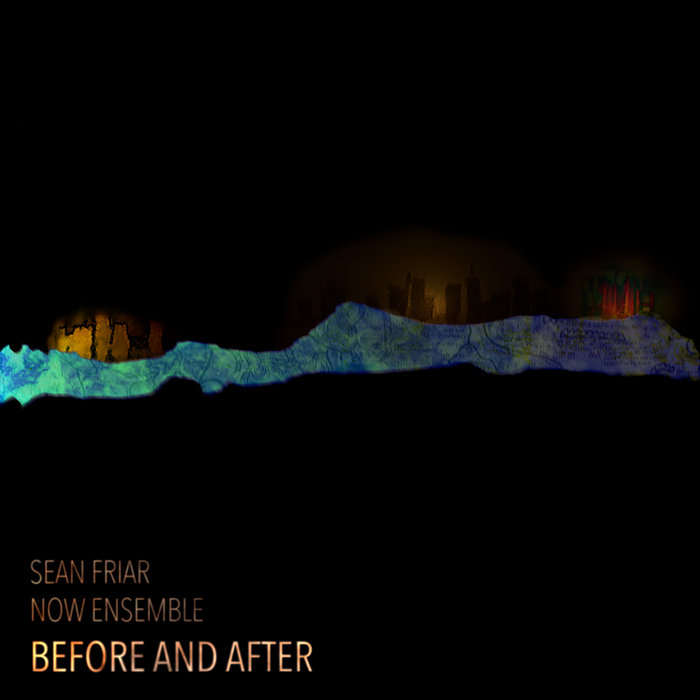 Joost de Wall It is a bit different from previous albums and it took me a bit longer to fully absorb. This album is a wondeful display of moods, textures and melodies. Very well done!

On November 12, 2021, New Amsterdam will release Before and After, the much-anticipated new album from NOW Ensemble, a group of composers and performers creating “effervescent, genre-busting” (NPR All Things Considered) chamber music for the 21st century. Before and After—NOW’s seventh album with New Amsterdam—is devoted to the “refreshingly new and solidly mature” (Slate) work of Rome Prize-winning composer Sean Friar. Featuring flute, clarinet, double bass, piano, and electric guitar, NOW’s compositions each have “a distinct voice but a shared ethos” (The Washington Post). Friar’s acclaimed piece “Velvet Hammer” appeared on NOW’s equally acclaimed 2011 album, Awake; now, a decade later, the composer and ensemble reunite on Before and After.

“Before and After is a rumination on the lifespan of civilizations, on our own small place in the larger rhythm of the world,” says Friar. “Each section touches these themes—growth and progress run amok, our nostalgia for an often-fictitious golden age, our idealized notions about the beginnings of civilization, and our feeling that, perhaps, humans have crossed some threshold we really shouldn’t have.”

But while Before and After is about big and daunting ideas, the music itself is often intimate and reflective, inviting listeners to contemplate how these themes resonate in both their own lives and our collective life.

After scrawling musical sketches with pencil and paper, improvising for hours on instruments he does and doesn’t play, and getting lost in a world of effects pedals, Friar sent his vignettes to NOW Ensemble, who then built upon and broke apart each section. Over a three-year span—from New York to California, Texas to Massachusetts, Minnesota to Mexico—the musicians performed Before and After in various states of completion. Then, in February 2020, the group recorded the album at Guilford Sound in southern Vermont. After many years, many iterations, and a pandemic, NOW Ensemble and Sean Friar are releasing Before and After to the world.

Friar traces the genesis of this major work to his time in Italy a decade ago. “I first started thinking about Before and After years ago while living in Rome,” says Friar. “It’s a city that has been built on top of itself for millennia, a city far different from my hometown of Los Angeles. Walking around Rome, I was constantly reminded of the centuries upon centuries of humanity that have come before me. I felt as though I was living in both the past and present—the before and after.”