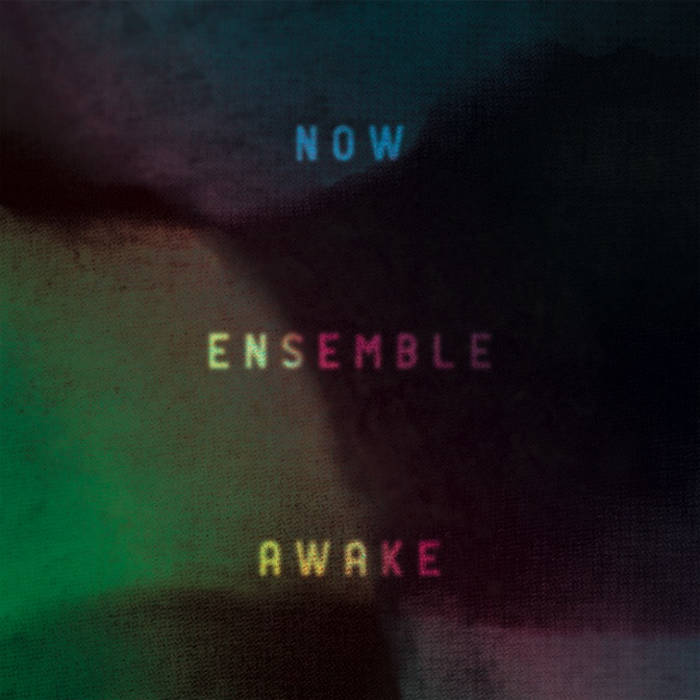 Roy Meerkamper Very complex neo-classical music. This has lots of layers to it, and sounds at times discordant, but I like it more with each listen. This band requires some patience, but I think you get rewarded for that patience. Found in Ed Buckley's collection. Favorite track: Change (Judd Greenstein).

Released on April 26, 2011, Awake, the confident and engaging sophomore release from NOW Ensemble, was received to wide acclaim, being profiled on NPR All Things Considered, called ”terrific” by the Washington Post, named “Album of the Week” (WQXR), “Band of the Week” (The Silent Ballet), and even garnering international praise in the Bangkok Post. The album reached #1 on Amazon’s Chamber Classical Music Chart and the top 5 on the iTunes Classic Charts.

With Awake, NOW Ensemble — Alex Sopp, flute; Sara Budde, clarinet, Mark Dancigers, electric guitar; Logan Coale, double bass; Michael Mizrahi, piano — expands its sonic and expressive palette while retaining its unique profile. The album opens with ”Change,” by label co-founder and NOW Ensemble composer Judd Greenstein. Rigorously optimistic, ”Change” evokes the growth of a community: as the insistent opening flute line is taken up by the quintet, it gathers force over percolating rhythms that bear the DNA of 80s pop. Sean Friar’s aptly-titled ”Velvet Hammer” asks: what if the entire group were given access to the electric guitarist’s effects pedals? Says Friar, “Whether glimmering delay, howling distortion, or delirious shredding, each instrument finds a way to amplify each sound and make it its own.” The howling subsides, making space for wonder with Missy Mazzoli’s ”Magic With Everyday Objects.” Characteristically, that wonder is tinged with deep unease: “blocks of music are turned upside down, chords slide relentlessly out of tune, repetitive melodies become hopelessly entangled, and a schmaltzy piano melody perseveres throughout a frenzy of sound.” In ”Burst,” NOW Ensemble guitarist/composer Mark Dancigers fuses unlikely pair of sources: the shimmering pentatonic patterns of Malian guitarist Ali Farka Touré and the graceful counterpoint of Mozart’s music. The playful results showcase the group’s stop-on-a-dime precision and rhythmic swing. ”Waiting in the Rain for Snow” (David Crowell) looks to the mysterious process of crystallization, as intricate, repetitive figures in the guitar and piano are overlaid by shifting patterns in the winds: drifting and sustained, or dancing like droplets. Patrick Burke’s title track “Awake” blends gestures from Javanese gamelan music with Western harmonic and formal techniques, accelerating to a frenetic pace before closing the album in the awareness of “the larger world and all of the possibilities within it.”

NOW Ensemble has been consistently praised for its wide range of expression and fusion of “formal elegance” and “rhythmic vitality” (TONY). NPR praised the multiplicity of genres within the opening track “Change,” and lauded the album as being at the forefront of the indie-classical movement. The Silent Ballet called the album “truly a delightful experience from beginning to end,” and Sequenza 21 remarked that “if you’re not smiling by the end, try Prozac.”